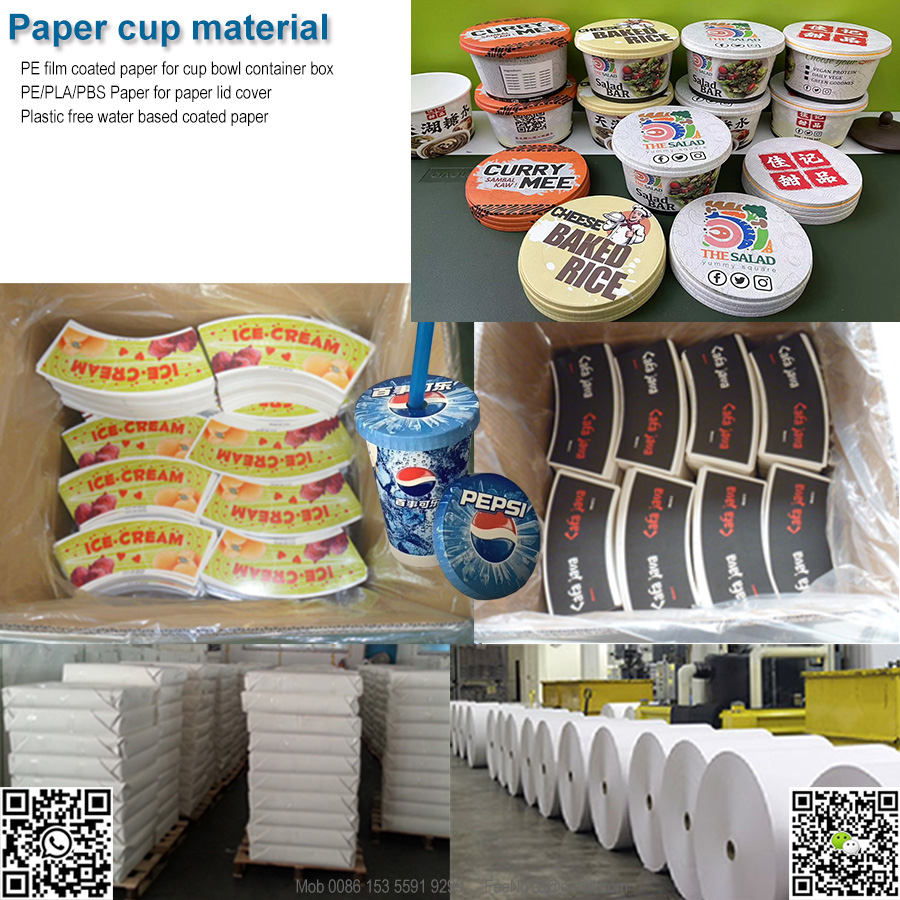 How to use PE film coated paper to make paper cups?
When Heating or Ultrasonic Wave is applied on PE film,
the PE film melted (by heating or ultrasonic wave),
then the melt part be welding(sealing) by PRESS.

If use one PE paper cup for cold drink, the cup will become soft;
However One PE cup also can be used for cold drinks, if only use for a short time.